Don’t feel like cooking tonight? Let Marisa’s Ristorante in Trumbull do it for you! A friend told me about this little food secret that another friend shared with her – Marisa’s sells, and now will deliver if you live in the area (not sure how far this area covers), a family meal for $39 (or $42.54 including tax)!

2. One half tray of penne pasta with either marinara or vodka sauce.

3. One half tray of salad with dressing.

4. One large loaf of Italian bread

For our first family meal we chose the Chicken Parmesan.

The Chicken Parmesan was made of breaded chicken cutlets and covered in Marisa’s very good marinara sauce and mozzarella. I’d say this is a standard, yet delicious Chicken Parmesan. 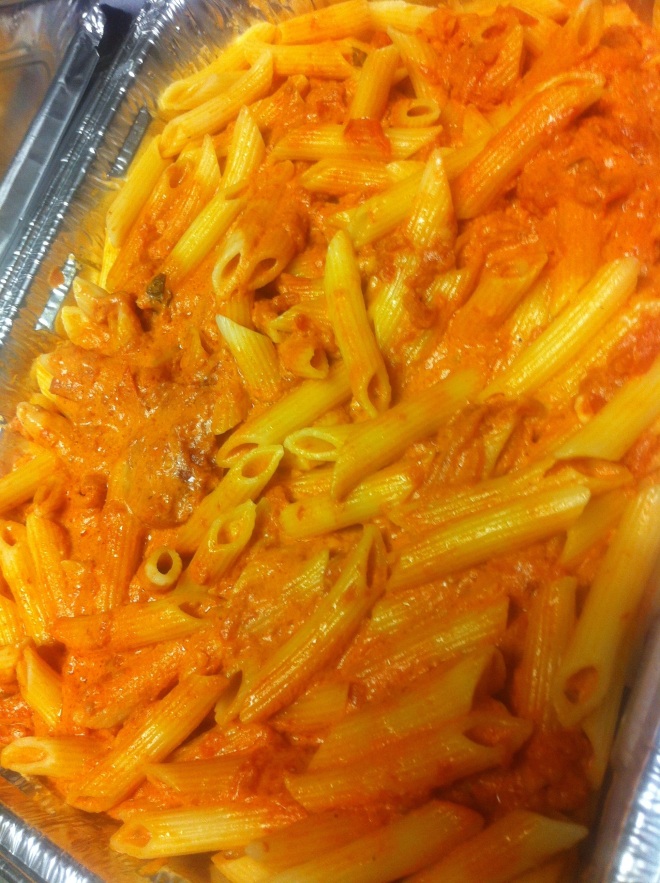 Marisa’s vodka sauce is my absolute favorite vodka sauce, hands down. If you ask me where to order vodka sauce, I will tell you Marisa’s every single time. Why do I like their vodka sauce? It’s creamy and a little thick with chunks of tomatoes in it. When you eat Marisa’s vodka sauce it coats and sticks to the pasta (or whatever else you’re putting the vodka sauce on). In other words, you don’t end up with a thin, watery puddle of sauce at the bottom of your dish. When you’re finished with your penne a la vodka (or rigatoni a la vodka as Marisa’s also likes to include on their menu, which you can read more about here) you’ll have some sauce left that you will want to sop up and finish with a piece of crusty Italian bread.

Toss salad (with the dressing on the side.). 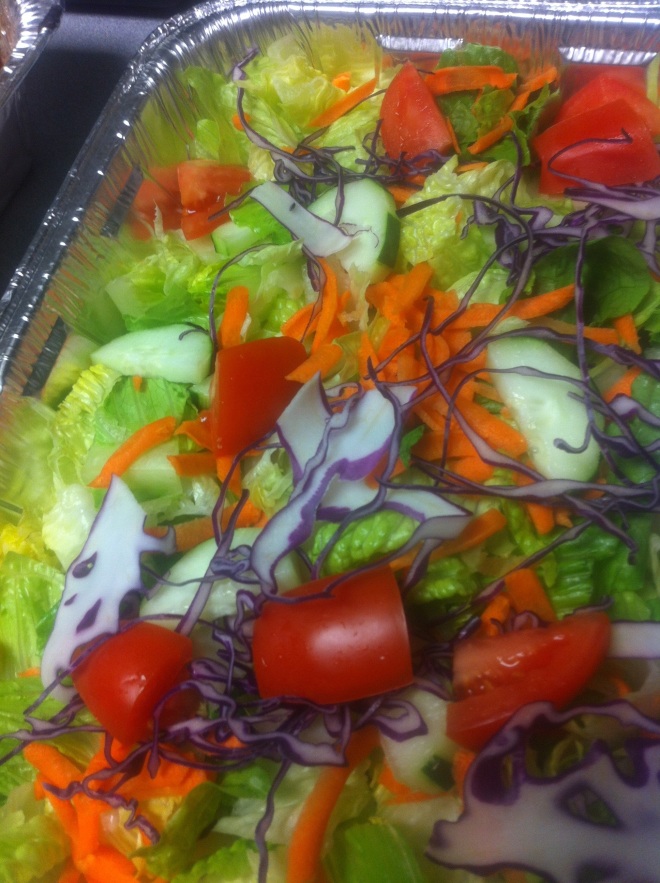 The toss salad from Marisa’s is a standard and simple salad, yet it’s extremely fresh as you can tell from the photo.

My photo does not do this loaf of bread justice. As you can see it’s a very large loaf of bread, longer than the length of a half-sized foil tray. Crusty on the outside and soft on the inside, this Italian bread is the finishing touch for Marisa’s Family Meal, AND it’s perfect for finishing up any sauce left in the bottom of your bowl.

Marisa’s website says their Family Meal feeds a family of five, however we fed six adults with this family meal – six adults with big appetites – and we still had some pasta and salad left for two lunches the following day. Now, I’m sure the amount of people you can feed and the amount of leftovers will depend on how much everyone eats, however we were very impressed with this meal for both the quality and the amount of food it includes for the very reasonable price.