Mmmm I love scotch. Scotchy, scotch, scotch. Here it goes down, down into my belly. – Ron Burgandy 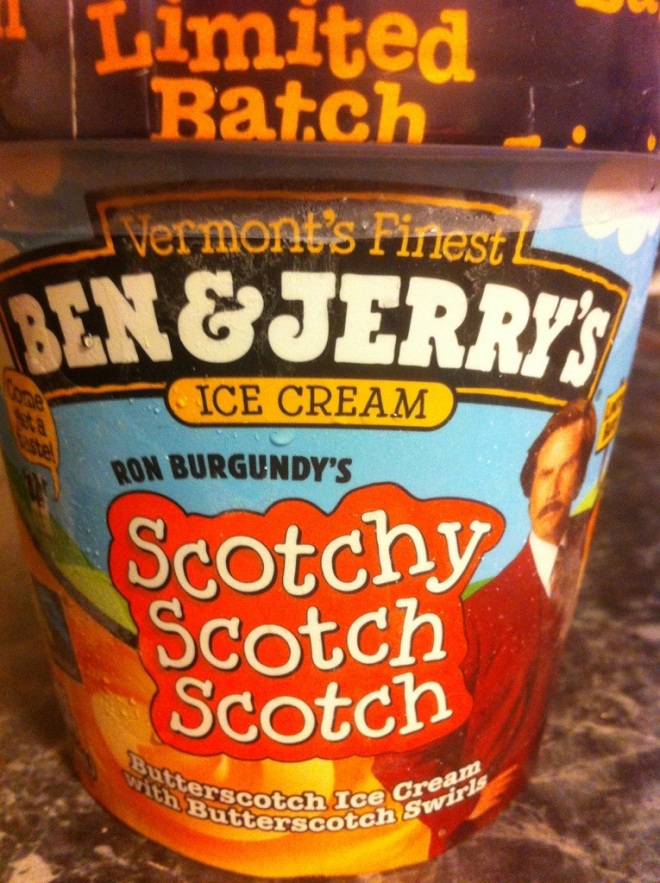 It took me a few weeks, but I found it! 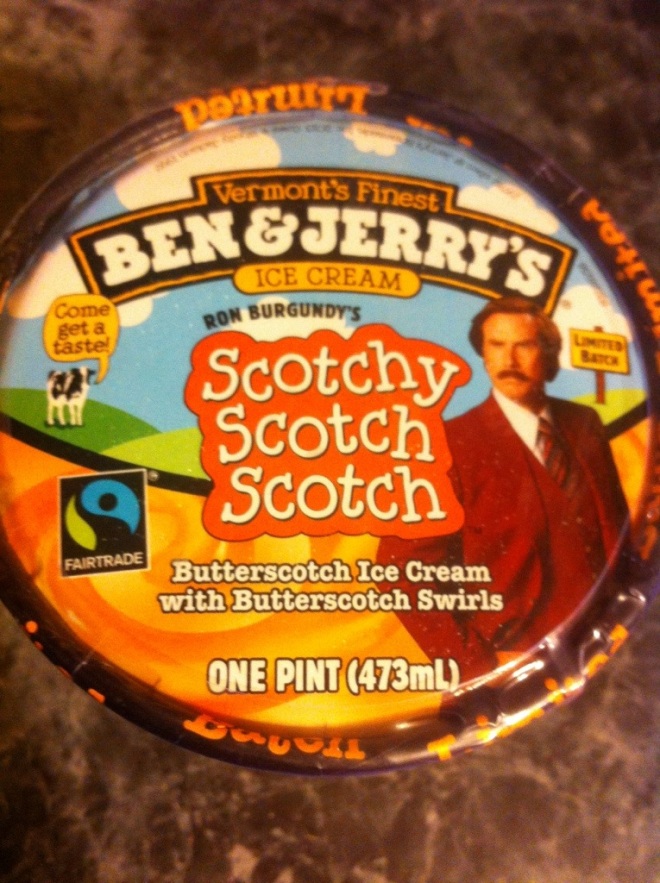 So what does this ice cream taste like? Amazingness, that’s what it tastes like. I don’t know how Ben and Jerry’s does it, but their ice cream flavors are always just the right balance and ratio of ice cream to whichever other ingredients are included. 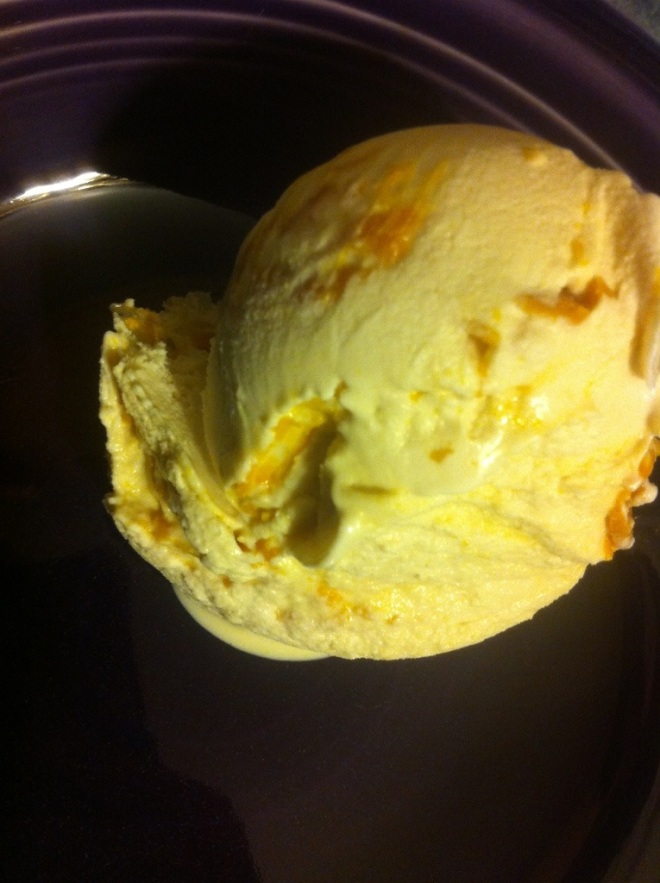 The butterscotch swirl has a lot of flavor and sweetness and there is the perfect amount included. You’ll taste the butterscotch in the ice cream itself in a way that is subtle and allows you to eat an entire serving, and the occasional band of butterscotch swirl will give your taste buds an extra pop of flavor. As Ron Burgandy himself would say, “Don’t act like you aren’t impressed.”

I should add that I am not a huge butterscotch fan and I really like this ice cream. I love an occasional butterscotch candy, my grandmother always kept then in her purse and around her home, but it’s not the first thing I usually order for dessert. In other words, all of you diehard butterscotch fans need to get to your nearest grocery store and look for this limited batch ASAP before it’s gone.